Bom-Wrapper
About An Amazing Life|Help

Memorial Candles Lit for Sgt.Dennis R. Rytky, MEARNG Retired | SEE ALL
Light a Candle
"We are honored to provide this Book of Memories to the family."
— Burpee, Carpenter & Hutchins Funeral Home
"R.I.P. Uncle Dennis. We love you very much & miss you so❤ You had the Military Service like you DESERVED & it was very nice. You were..."
— Joel, Jennifer, Joshua & Jaxon
""
— william and maryjane rytky
"Dennis, sending you this light to guide you. To help light the way to finding Lynn, I'm sure the two of you will have a grand old time...."
— SharonPearl
Funeral Details Memory Wall Photos & Videos

Print
ST. GEORGE – Sgt. Dennis R. Rytky, MEARNG Retired, 67, died at his home surrounded by his family on Tuesday, January 23, 2018 from complications of the flu. Born in Rockland, Maine on July 1, 1950, he was the son of William O. and Ruth L. Rogers Rytky.

He grew up in Rockville, Maine and graduated from Camden Rockport High School in 1968. Upon graduation from High School Dennis got engaged to his high school sweetheart and future wife, Paula Miller Rytky, joined the Maine Army National Guard and was stationed in Fort Leonard Wood, Missouri. Upon returning from Missouri in 1970 he and Paula were married and lived briefly in Thomaston, before making their home in St. George.

Dennis worked at many different jobs, driving trucks, working in plumbing and heating, doing construction, drilling wells, and working as a chef, before settling into his job of more than 20 years, driving tractor trailers cross country for Crowe Rope in Warren. While driving tractor trailer Dennis would often times take his wife or one of their children with them. He, his wife, and all three of their children once went via tractor trailer cross country to California; a trip he made one more time when their oldest daughter Stacie did an exchange at Cal State University in Bakersfield.

Children and family were an important part of Dennis' life, and he and Paula would take their children on many trips, often accompanied by his brother and sister in law Keith and Cheryl Miller and their children. As their children got older, Dennis and Paula enjoyed taking the children to various sports and other activities throughout the state from elementary school through college. Dennis loved deep sea fishing, gambling (especially in Nevada) while driving cross country, hunting, fishing, and camping with his son, sons-in-law, and grandchildren. He "humored" Paula by accompanying her to garden and landscape nurseries, and by taking mini vacations, most often to the White Mountains. In addition to raising their children and driving tractor trailer, Dennis was an active member of the Maine Army National Guard for more than 28 years. He proudly served in Iraq in 2004 but returned with various illnesses and injuries, and was upset to be medically discharged before he could reach his 30 years with the Guard.

In more recent years Dennis and Paula enjoyed vacations to Florida with each of their children and grandchildren. They first traveled to Orlando and did the theme park tours when the grandchildren were little. Another year they visited the theme parks, watched the Red Sox and went to Amelia Island. All other years they went to the Florida Keys where Dennis got to enjoy his passion which was deep sea fishing. In Maine, Dennis loved fishing, hunting, camping (in cabins only), and going "heater hunting" with his family and friends. Dennis loved to buy, break, fix, and then break again various older pieces of equipment, boats, and motors. His son in law Bill fixed the small engines and electrical components, while anyone he could find fixed his other projects. He went on many fishing trips to various locations around coastal Maine, often times breaking down anywhere between the St. George River or Monhegan Island. He was good and kind to everyone, oftentimes cooked large seafood meals for many people, and wouldn't accept any money for most things he did. He had many friends whom he would do anything for, from giving free rides to someplace out of State to buying parts for and fixing an acquaintances' vehicle. He had a special relationship with his son in law Bill whom he considered to be his son. He was close to his grandchildren, and many of their friends called him Grampy. He also enjoyed a close relationship with his nephew Jeremy Rytky, son in law Darrell, and was appreciative of all the care he received from his daughters, son, daughter-in-law Danielle, and the countless hours he spent with his grandchildren.

Predeceased by his parents, and a brother, James Rytky, Dennis is survived by his wife Paula; one son, Corey Rytky and his wife Danielle all of St. George; two daughters, Stacie Rytky-Smith and her husband William of Warren, Denise Rytky and Darrell Brown; ten grandchildren, Dylan, Casey, Coleman, Curtis, Dylan, Kaylie, Alexis, Branden, Maddox and Coral; his siblings and their spouses, Thomas Rytky, William and Maryjane Rytky of Rockland, Sandra and William Keefe of Richmond, Florence and Fred Clough of Rockland, Mary and Ron Howell of Bangor, Jane Benner of Thomaston, as well as several nieces and nephews.

Relatives and friends are invited to visit from 4:00pm to 6:00pm, Thursday, February 1, 2018, at Burpee, Carpenter & Hutchins Funeral Home, 110 Limerock Street, Rockland, where a service will be held at 5:00pm, concluding with Military Honors. Rev. Wayne Sawyer will officiate. A reception will follow at the Winslow-Holbrook- Merritt American Legion Post No. One, 335 Limerock Street, Rockland.

Those who wish may make memorial contributions to the Dennis R. Rytky Memorial Fund, at any Camden National Bank branch, or P.O. Box 880, Rockland, ME 04841, or at
https://www.paypal.com/cgi-bin/webscr?cmd=_s-xclick&hosted_button_id=HLWYPW5S9Z3J8.

The insignias listed here may be subject to copyright and / or trademarked. Those copyrights and trademarks are owned by the respective organizations.

We encourage you to share any memorable photos or stories about Dennis. All tributes placed on and purchased through this memorial website will remain on in perpetuity for future generations.

R.I.P. Uncle Dennis. We love you very much & miss you so❤ You had the Military Service like you DESERVED & it was very nice. You were a funny, caring, positive, helpful, big hearted man. You touched SO many lives & we'll ALL remember you. Until we meet again please keep an ey on our family's familys & friends. ❤ We live you ❤
Joel, Jennifer, Joshua & Jaxon - Thursday February 01, 2018 via Memorial Candle
Share This:

S
Sorry for your loss, he was a good man.
SFC DAVID S Tibbetts - Wednesday January 31, 2018 via Condolence Message
Share This:

PL
You will be missed everyday, my friend, See you in heaven
Paula Linscott - Sunday January 28, 2018 via Condolence Message
Share This:

Dennis, sending you this light to guide you. To help light the way to finding Lynn, I'm sure the two of you will have a grand old time. For all the good memories and love we shared. You can now finally rest in peace.
SharonPearl - Saturday January 27, 2018 via Memorial Candle
Share This:

Or use your email:

Connect with families at their time of loss. By subscribing to email updates, you will receive two daily updates containing all new stories, photos, candle lightings, condolences, and more. 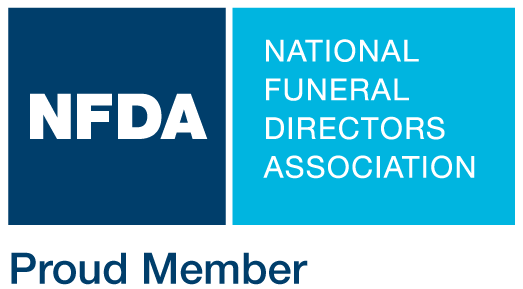